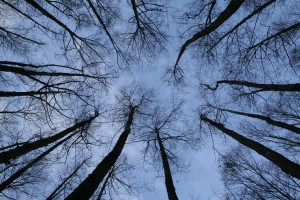 Are you at a moment of decision?

Have you ever had a moment when it became crystal clear that things cannot follow the same path they have up until now? A moment when your full body awareness says – "I don’t know what is to come, but I know I am DONE with things as they are?"

I hit a moment about seven years ago, and threw my life into a blender trusting that something would emerge that felt better than what had come before.

There comes a time when the things that have come before just have to stop.

What do you do now?

Do you have to throw your life into a blender, or totally abandon ship and hope there’s an island somewhere?

I don’t think so. Now that I have come out the other side, I know that there are clear steps that a person can follow that lead to getting clear about what’s wrong, finding what is missing, and moving into what wants to happen next.

I believe that there is a force that knows what you really love, why you’re really here, what you came to do and what will have you feeling so fulfilled that you cannot fail at it.

Whatever you may choose to call this force, it is a palpable presence, and it is what the lid is coming off of when you feel what I have described above.

Most of us were taught, as youngsters, to keep a lid on this force. To behave, to conform, to stay small, to fit in, to go along. In the Four Agreements, Don Miguel Ruiz calls it the domestication of humans.

You’ve got incredibly strong programming at the unconscious level which holds you in this place.

You made deep decisions as a very small child about who you need to be in the world to be safe, to be loved, to be acceptable. – and you are living according to those decisions.

Stay under the radar, don’t be noticed.
If it’s not hard, it doesn’t count.
People can’t be trusted, I’ve got to do it all myself.

Can you feel into the effect a decision like that would have on your life?

Try it on for size. Think about the things that are frustrating you right now. Which of those can you see as repeating patterns, that as you scan your life you can see have shown up repeatedly, in different disguises?

What decisions might be creating the patterns you are living?

Those decisions are clearly no longer serving you as an adult, but that doesn’t make them go away. They are inside you creating your results – and also creating your satisfactions and your frustrations.

As you come to recognize them, there’s a lot you can do to release them.

You need not be the victim of your unconscious programming.

I just updated and re-released my e-book: Just Who IS In Charge Here, Anyway? I invite you to download it (just register for it at left, where it says Guide to Your Unconscious) and get some great information about what’s going on, at an unconscious level, and good tips on what you can do to change it.

This isn't a conversation until you join in – I hope that you'll comment! Have you made a major decision and changed everything? How did it go, what brought you to a moment;  that moment, how did you get the courage to leap? I'd love to hear!!

One comment on “A moment: Take Back your Power and Happiness”